WHEN Announces Career Coaching Partnership with the Pat Tillman Foundation

PHOENIX – After a successful pilot project, WHEN® Enterprises Corp. (WHEN) will expand its career coaching services to a larger group of the Pat Tillman Foundation’s Tillman Scholars during the fourth quarter of 2020.

The Pat Tillman Foundation unites and empowers remarkable military service members, veterans and spouses as the next generation of public and private sector leaders through its Tillman Scholars program. Tillman Scholars are selected because of their high potential for impact as demonstrated through a proven track record of leadership, the continued pursuit of education and the commitment of their resources to service beyond self.

Services provided by WHEN focus on helping Tillman Scholars choose fulfilling career paths upon graduating from post-secondary educational institutions. WHEN Advisors are specially equipped to assist the Tillman Scholars as they transition from the military into academia and into the workforce.

Career coaching and well-being services made available to the initial group of Tillman Scholars through The Power of WHEN® Career Program will continue to be provided to an additional group of scholars this fall.

“We take our mission to unite and empower remarkable service members, veterans and military spouses extremely seriously. Our partnership with WHEN helps develop their lifelong leadership skills and focus on areas where they can bring their skills and talents to make the most impact as they begin their next chapter,” said Jonathan L. Due, Director of Programs and Scholarships at the Pat Tillman Foundation.

“It is an honor to work with the Pat Tillman Foundation and provide our career-enhancing services to members of the Tillman Scholars program who have served our country,” said Randy Miller, founder of WHEN Enterprises.

“These Scholars are turning the page and entering the next phase of their lives, and the services they receive from WHEN empower them to make fulfilling and productive decisions about their well-being and career choices. We are looking forward to growing this relationship and actively contributing to the dedicated ways the Pat Tillman Foundation assists their Scholars,” Miller added.

About WHEN Enterprises Corp., dba Find Your When, Inc.

WHEN combines mindful methodology with advanced technology to deliver online advising and one-on-one guidance from a professionally trained WHEN Advisor®. Phoenix-based WHEN is making strides to improve the overall quality of life for each client with individually tailored programs in Career, Being, and Health. All three programs have a direct impact on each client’s purpose, happiness, and well-being. For more information, visit FindYourWHEN.com.

About the Pat Tillman Foundation

In 2002, Pat Tillman proudly put his NFL career with the Arizona Cardinals on hold to serve his country. Family and friends established the Pat Tillman Foundation following Pat’s death in April 2004 while serving with the 75th Ranger Regiment in Afghanistan. The Pat Tillman Foundation unites and empowers remarkable military veterans and spouses as the next generation of public and private sector leaders committed to service beyond self. PTF provides academic scholarships, a national network and professional development opportunities. To date, PTF has invested more than $20 million in scholar support and named nearly 700 Tillman Scholars at more than 100 academic institutions nationwide. For more information on the Pat Tillman Foundation and the impact of the Tillman Scholars, visit PatTillmanFoundation.org. 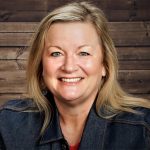 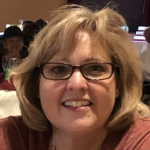 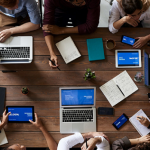 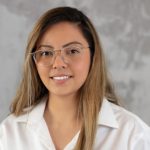